You can now listen to an audio rendition of my article “The Horizons of Meaning” in the link below: 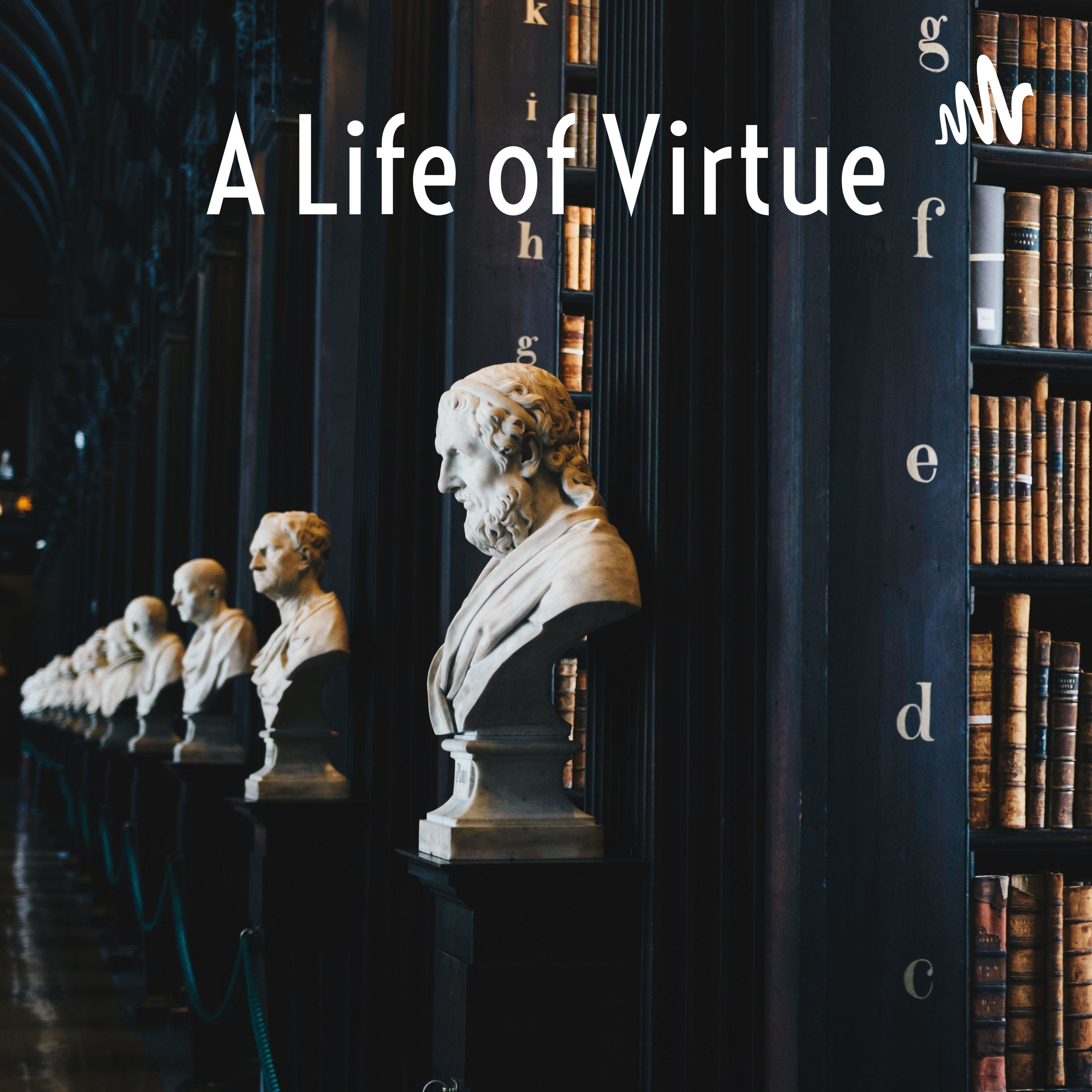 The objective of A Life of Virtue Blog

Meaninglessness is a blank canvas. It alienates one to the world around them. The whole world looks grey. Stripped of color and dominated by routine, one mundane task after the other. One lives solely to fulfill the demands of the other, whether it is for their parents, employers or society.  Meaninglessness closes the door to the world of possibilities that life can offer.

It is only through creativity where meaning begins to shine through the cracks.

Meaning is the immersion in the infinite space of creativity. It enables one to view the whole world like an artist. Every moment that arises is raw materials for one’s creation. Both suffering and joy are equal opportunities to embrace and connect to the richness of life.

It comes to a person spontaneously like a flash of insight.  One is compelled to create.

An idea that requires nurturing through actions which authentically connect to the inner depths of their being. It can be through working on a piece of art, writing a new poem or any activity which requires you to be an active participant in the world around you.

Life is no longer governed by indifference, but a sense of aliveness that comes with being connected to one’s own creation.

Freedom emerges in the horizon.

As we follow our path, we are transformed into our authentic selves – who we truly are, and who we ought to be.

Every day, every hour and every second, we are exposed to a sea of information from the world around us. How is it that we choose which pieces of information we prioritize?

What becomes salient to us, and which data points are discarded in the mental models that we develop of the external world?

It is simply an impossible task to account for the infinite number of facts that we encounter over our life time.

Thus, we need intermediary and interpretive structures which allow us to sort all this information to make sense of our day to day experience.

Stories and myths don’t just make for entertaining tales we tell around the campfire but play a role in contextualizing and filtering our experiences into digestible narratives that we can comprehend. They help us understand our place in the world, where we stand in relation to others, and to nature.

The Realm of the Storytelling

Derek J Fiedler in his article The Symbolism of Story provides some useful examples that help drive this point home.

Imagine you are tasked with writing an obituary for the passing of a dear friend. You must take on the job of sorting through the historical information of their life to prioritize what to include in your speech. Fitting a lifetime’s worth of data into a 10-minute speech can be very difficult to say the least.

So, what makes the cut? Including random incoherent moments of your friend’s life would be absurd and seemingly inappropriate.

Rather it is values esteemed by a particular society and the meaning we give to events which helps us discern what is important. The ideal obituary is one that uses qualitative judgement to pick events and stories which capture the essence of your friend’s character.

We look for meaning, and select for quality over quantity.

Get to the Point

We’ve all suffered through a boring lecture or class where the teacher expects us to memorize a countless number of facts to score well on the test. We sigh in disarray and frustration as we can barely remember the first thing about the topic.

Compare this to how we are able to so easily absorb the contents and message of a well told story. It is memorable because it resonates with us on an emotional and visceral level. It can get the message across far better than any intellectual argument or essay ever can.

We don’t just remember the contents of the story, but recall how it made us feel.

The story speaks to you at the level of the unconscious, and communicates knowledge and wisdom in an effective and efficient means. This is why so many of the great religious and spiritual teachers communicated messages on wisdom, ethics and meaning in life in story or parables.

Human beings fall easily into despair, and from the very beginning we invented stories that enabled us to place our lives in a larger setting, that revealed an underlying pattern, and gave us a sense that, against all the depressing and chaotic evidence to the contrary, life had meaning and value.

As I mentioned in earlier posts, the goal of myths to point to higher fundamental truths about the human condition. Truths that are beyond the limited capacity of language, reason and the intellect.

Myths provide us with a north star, an ideal to aspire to, a horizon of possibilities that inspires you to venture out into the unknown. They enable us to rise above the mundane of everyday existence – to contemplate the mystery of the cosmos.

We are not perfect, in many ways far from it, but if we immerse our self in the great myths at least we have a path laid out for us.  As the great fantasy writer J.R.R Tolkien reminds us,

Indeed only by myth-making, only by becoming a ‘sub-creator’ and inventing stories, can Man aspire to the state of perfection that he knew before the Fall. Our myths may be misguided, but they steer however shakily towards the true harbor, while materialistic ‘progress’ leads only to a yawning abyss and the Iron Crown of evil.

Admittingly, this is a complex philosophical topic and this article just touches the surface of the issue. An interesting debate that gets at the heart of this issue I am trying to outline here is the debate between Jordan Peterson and Sam Harris. Peterson articulates for the mythopoetic viewpoint that I am trying to get across in the article.

It is easy to be dismissive of mythology in our modern-day secular culture. With the tools of logic, science and reason at our disposal, we arrive at our ideas of truth through rigorously testing our hypothesis with hard evidence and data.

It was around the time when I was completing my undergraduate coursework in philosophy when I started to look at the world through a more fact-based empirical lens. Consequently, I began questioning some of the core tenants of my religion, and previous assumptions I once took for granted.

Put simply, I felt that I could not accommodate or make sense of the religious stories that I learned about as a child with the scientific world view.

During this time, I listened to the to the talks and YouTube videos of Richard Dawkins, Sam Harris and Christopher Hitchens – the so called ‘New Atheists’. These speakers demonstrated their intellectual prowess and intelligence through their lectures and debates which demeaned irrationality, wishful thinking and religion on the global stage. It was clear to me during this period of my life that science and reason was the far superior method for arriving at truth and generating knowledge.

Yet, something felt empty. The disenchantment of the world, that is viewing reality strictly though empirical facts felt cold and hollow – devoid of meaning. This ‘rational’ paradigm which is responsible for the great feats of the modern world could not provide me with a sense of purpose, a why.

The Classical and Romantic Divide

For centuries philosophers have wrote about the tensions in our psyche between emotion and reason.

In the classic Zen and the Art of Motorcycle Maintenance, Robert Pirsig presents this dichotomy in worldviews using the metaphor of a motorcycle.

The narrator, who has a keen interest in the technical nature of the machine’s operation, represents the classical mode of thought. Using a systematic and rational thinking, he is able to understand the nuanced mechanics of the motorcycle, and fix it when it is in need of repair. Broadly speaking, this character embodies the scientific way of looking at the world, detached from emotion and inner subjectivity.

On the other side of the spectrum in the novel are the Sutherlands – the romantics. They don’t take an interest in motorcycle maintenance, but rather see the machine as a thing of beauty – a spectacle. They prioritize the ascetic value of the experience synonymous with how an artist see’s thing, embracing creativity, imagination and visceral emotion.

The question remains however if it is possible to appreciate and reconcile these two different world views. Moreover, must ‘truth’ be confined only to the realm of scientific inquiry in the modern age?

It was upon reading Joseph Campbell’s The Power of Myth where I was first introduced to the cultural and symbolic meaning of myth.

Drawing upon the work of the Swiss psychiatrist Carl Jung, Campbell argues that myths and symbolism embody the wisdom of the past, and provide a useful roadmap to help us navigate our inner psychological world. Campbell says that we shouldn’t view myth literally, but rather metaphorically.

Having observed similar themes and motifs across different cultural myths across the globe, these reveal some fundamental truth about the human condition. Whether it’s a cautionary tale about greed, a romantic love story or a myth of personal triumph – these stories capture the core of our inner experience.

Perhaps this framework of interpreting myths and symbols as practical guides to wisdom provides the missing piece in the puzzle that I was searching for.

I can embrace the rational capacity of logic and science whilst viewing myth as stories as vehicles which contain deep-seated wisdom and guides to higher truths.

These two different approaches to interpreting the world can co-exist.

The mythic paradigm provides a way to interpret different stages in my life, and offers inspiration to to venture unknown to overcome challenges and slay those proverbial dragons.