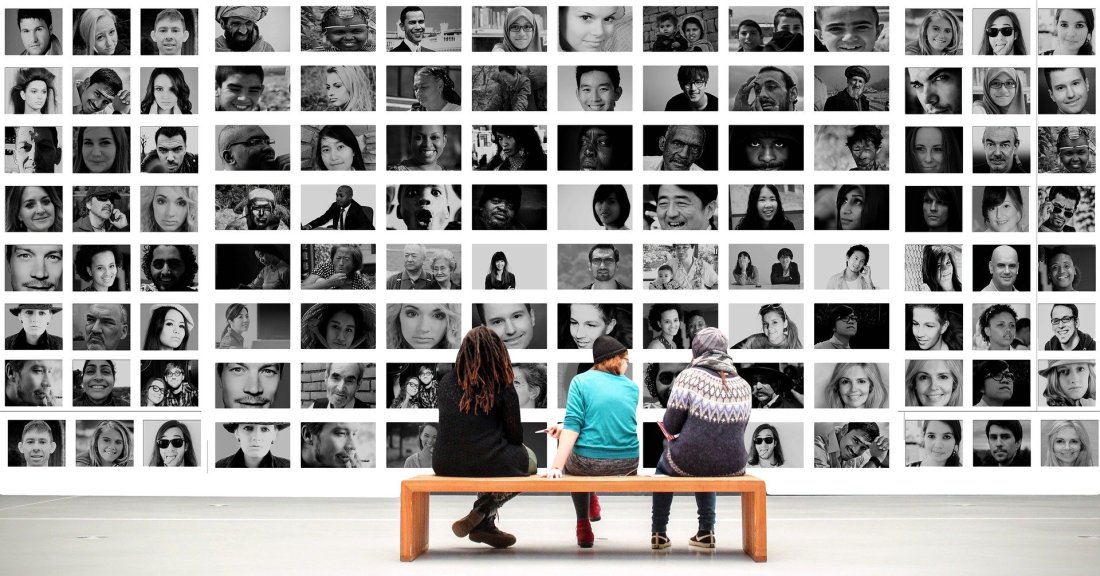 In modern industrialized societies it is easy to forget about our inherent connection to the natural world. Our finite attention is drawn towards our devices as media companies compete for our screen time. The online world has become ever more pervasive in our daily life as we have come to focus more and more on the images on our online profiles than the direct experience to the world around us.

Further, the dense cities, crammed highways and large skyscrapers separate us from the awe-inspiring beauty of nature.

Since the Age of the Enlightenment, humanity became convinced the it was the masters and conquerors of nature.  Nature wasn’t something that ought to be venerated, but rather used as a resource for our personal gain. We learned that we can use our brilliant technologies to increase our influence and control over the planet.

The writer and activist Charles Eisenstein notes that our view towards the natural world, and to others around us is influenced by ‘The Story of Separation.’ In modern societies, we don’t view ourselves as beings immersed in a multitude of interdependent complex systems. We see ourselves rather as separate individuals absorbed in a game in which we are competing for finite resources.

Economics theory tells us that we are rational utility maximizers who each seek to increase our material possessions in the search for everlasting happiness. The creed of individualism convinces us that we ought to adopt a competitive mindset in our personal and professional lives. We hear the echo’s of the mantra ‘Greed is Good’ – what is more for you is less for me.

The more power we influence over natural process the more powerless we become before it. In a matter of months, we can cut down a rain forest that took ten thousand years to grow, but we are helpless in repulsing the dessert that takes its place.

What this modern narrative misses however is the complexity, connectedness and interdependence of the world.  This is something that is deeply ingrained in the worldview of some Indigenous cultures and religions such as Buddhism.

Indigenous peoples have a reciprocal and spiritual relationship to the earth. They understand that the health of the planet is directly correlated to our wellbeing. This attitude towards the world enables them to practice humility, reverence and reciprocity for all living things. Resources are used in a way which respects the natural environment consumed as something that is sacred. Likewise, there is an awareness of the necessity and responsibility towards future generations.

Similarly, the tradition of Buddhism recognizes the interconnectedness of all existence, rejecting the notion of an independent self. That is to say that the world is fundamentally molded and shaped by a myriad of relationships and connections.

The Buddhist monk Thích Nhất Hạnh talks talks about this idea in his term ‘interbeing’. We are immersed in the systems and networks, and shaped by the qualities and characteristics inherited from our ancient ancestors.

Our body is a community, and the trillions of non-human cells in our body are even more numerous than the human cells. Without them, we could not be here in this moment. Without them, we wouldn’t be able to think, to feel, or to speak….. The whole planet is one giant, living, breathing cell, with all its working parts linked in symbiosis.

A helpful example to expand on Thích Nhất Hạnh’s idea can be seen in the important role bees play in maintaining our ecosystem. These little creatures pollinate approximately 70% of our crop species which feed about 90% of the world. What this implies is that their decline will have a domino affect in impacting food for the animal species who rely on those plants, and eventually inhibiting our own food supply.

If we understand this idea on a personal level we begin to realize that our wellbeing is directly linked to the quality of relationships that we have with not only other humans, but other living beings as well as nature itself.

Our egos can begin to breakdown at the realization that the world we inhabit is composed of sophisticated systems and networks relying on the functioning of each organism and unit to function properly in harmony.

A Shift in Values

With the number of issues that we face in the 21st century, it feels like we are drifting further and further towards this ‘winner take all’ and ‘us against them mentality’.

However, we are in an era when our economic, political and social systems are becoming more interconnected .This becomes increasingly obvious to us in a global recession, war or in time of pandemic.

So the key question I think that must be addressed in the 21st century is:

How can we shift from zero-sum (winner/loser) to positive-sum (winner/winner) relationships and build systems that encourage co-operation rather than fuel division?  [1]

Of course, this seems like a daunting question, but the answer begins with a shift in values from selfishness and greed to co-operation, from individual identify to empathy and community.

The responsibility falls on each and every one of us.

What kind of world do we want to create?

[1] Of note, this question comes the writer/researcher/activist  Daniel Schmachtenberger who explores existential risk and the future of civilization in his research.  More information on his ideas can be found on his website: http://civilizationemerging.com/