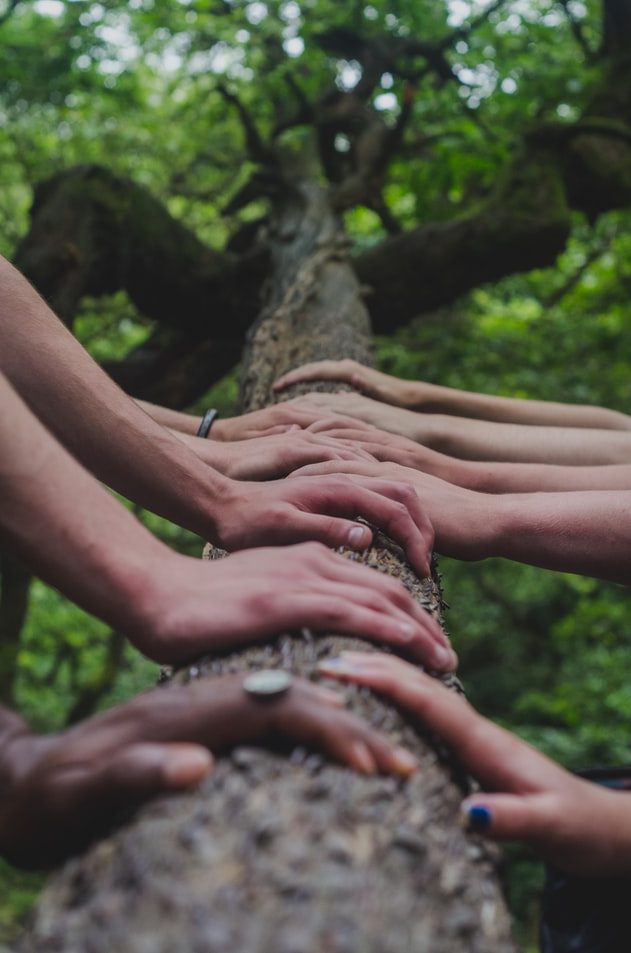 More often than not, we are lured into the temptation of conformity and group think. As social animals we care deeply about the opinions of others. We concern ourselves with our relative position and status within society. At our core, we all want to fit in and gain approval of our peers and respective groups that we are associated with.

Group evolutionary adaptation, which enabled us to temporarily forego selfish self-interest in pursuit of the greater good of our communities is both a blessing and a curse. While this drive motivates us towards mutual co-operation within groups it can pull us towards antagonism and tribal politics between groups.

Of course, this has become evidently more apparent in our society with rising polarization in our politics and the general decline in the quality of public discourse. On issues that are of high importance to us, we tend to be unwilling or unable to understand potential criticisms of our view. We remain deeply rooted in our positions, dumbfounded by the counter arguments of our adversaries.

Morality binds and blinds. This is not just something that happens to people on the other side. We all get sucked into tribal moral communities. We circle around sacred values and then share post hoc arguments about why we are so right and they are so wrong. We think the other side is blind to truth, reason, science, and common sense, but in fact everyone goes blind when talking about their sacred objects.

So how can we go beyond these rigid political and ideological narratives that we find ourselves entrenched in?

How can we find a way to find a truce between these different ideological tribes?

In order to do so, the first thing that we must acknowledge is that each worldview has both positives and negatives. There is always a trade-off. For instance, policies which promote greater economic liberty and reliance on the free market (i.e. free trade) may collectively increase GDP while leaving certain groups of low-skilled workers worse off.

Additionally, each set of paradigms or beliefs has at least some degree of truth. That is not to say that each of these worldviews is equal or that one can not be categorically better than another. Rather, it is to argue that there is always some signal within the noise. While we may disagree with others on certain issues, if we remain objective and modest we can see that beyond someone’s beliefs they may have good and honest intentions. Perhaps they hold their view simply because they think it is what is the best for themselves or their loved ones.

Everybody — including me — has some important pieces of truth, and all of those pieces need to be honored, cherished, and included in a more gracious, spacious, and compassionate embrace.

Ken Wilber, A Theory of Everything

The basic premise of integral theory is that we ought to seek to integrate different perspectives by incorporating the positives and discrediting the negatives of each paradigm.[1] Rather than rigidly maintaining our fixed ideologies, the integral approach advises that we approach new ideas with a sense of humility and curiosity.

In disagreements with those with opposing views, we can ask ourselves, what are the areas of convergence?

A useful way to conceptualize this approach is by thinking of how venn diagrams work, that is they highlight the areas of intersection and differences between various sets of concepts or ideas.

As an example of how we these this can work in the real world, let’s look at a model developed by the integral philosopher Steve McIntosh in his article Towards a Post-Progressive Political Perspective.

McIntosh claims that three major worldviews characterize our world’s different values and belief systems, and each consist of both both positives and negatives. These paradigms (ways of seeing the world), along with there pros and cons can be seen in the chart below.

McIntosh argues for a system called post-progressivism which seeks to provide a synthesis of these three paradigms by integrating the benefits and disregarding the negatives. For instance, this can include policies promote the use business and the free market to develop innovative technologies to curb climate change. Moreover, it can recognize the past injustices of Western colonization while appreciating the economic liberty and scientific progress modern society has brought us.  Moreover, these individual freedoms and innovations can be leveraged as  a mechanism to promote greater equality for historically disadvantaged communities.

The key to moving forward is to cultivate a sense of intellectual humility and resist the temptation towards group or tribal thinking. Of course, there is nothing wrong with affiliating yourself to a particular political party, group or ideology. However, it becomes a problem when we stubbornly hold onto rigid beliefs without questioning their validity or assumptions.

We must both celebrate our differences as well as recognize our common humanity with others. Disagreements are inevitable, but we can always choose to do so settle them in a respectful and cordial way. As society is pulled towards the extremes, we must always search for areas of consensus and convergence.

In an increasingly inter-connected world, our collective wellbeing depends on our ability to work together.

[1] This is an oversimplification of integral theory which contains various stages and models of growth and development. For a primer on this work see Ken Wilber’s A Theory of Everything 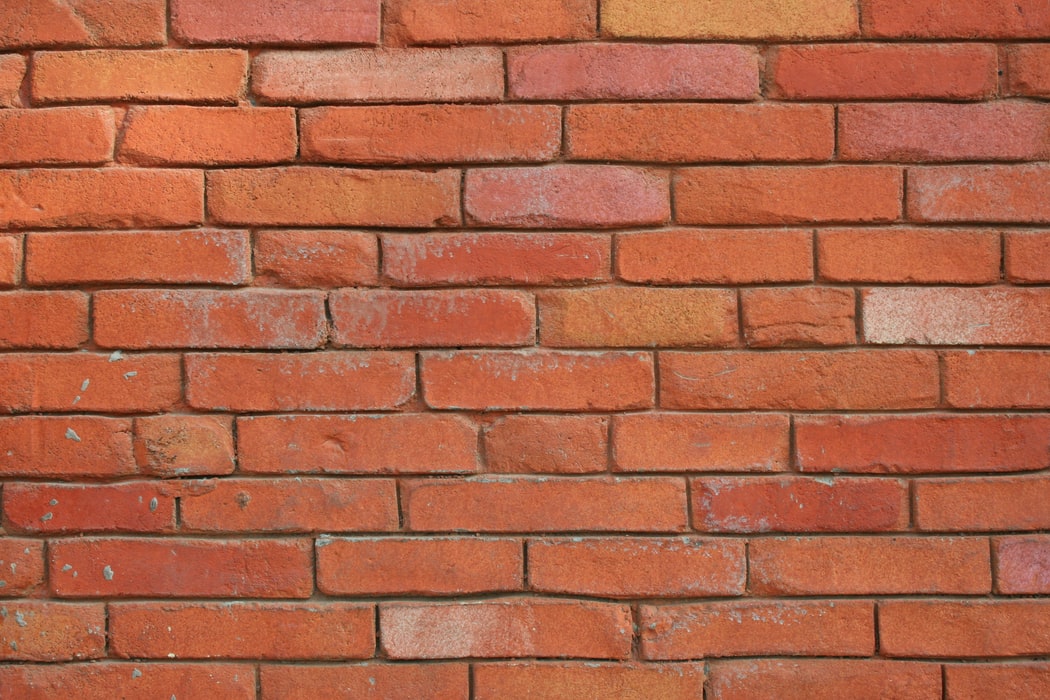 In my last piece in this series, I argued that our minds are susceptible to a host of biases and deceptions which influence our decisions. We are inclined to jump to conclusions, and make up stories to justify our beliefs – even when we lack concrete evidence to back up our claims.

This can partially explain why we are sometimes dumbfounded when questioning the judgements or actions of others. Of course, we all have the ability to act rationally, but our capacity to think clearly about issues is in large part shaped by our environment, as well as our emotions.

Let’s continue to peel the layers of and explore what factors influence our judgements.

With so much cultural and moral diversity apparent throughout history and across different societies in the modern era, is there anything that binds us together? After all, in spite of these disagreements on what we consider right or wrong, each of us humans share a common ancestry.

Social psychologist Jonathan Haidt and his colleagues developed a theory to try and answer these perennial questions. Moral Foundations Theory proposes that we all have a set of fundamental moral intuitions which guide our behaviour. In the Righteous Mind, Haidt puts forth six building blocks of morality.

Haidt comes up with yet another brilliant metaphor to explain a pluralist account of how we can all share these moral foundations yet have starkly different attitudes towards various contentious issues.

The analogy is as follows. All of us humans have the same five taste receptors, but like a variety of different cuisines. Cultures have different foods which satisfy our desire for sweetness. I may like churros while a friend may prefer baklava – nonetheless both desserts are satisfying the same taste receptor.

Further, some of us could be more inclined towards foods which are more bitter, while others prefer foods which are sour. Just because we have the capacity for different tastes doesn’t mean we like them all equally.

Haidt’s thesis states that we are all born with the same six moral intuitions.  However, the variety and differentiation in our morals and values comes as a result of us our societal and cultural upbringings as well as our social interactions.  Different practices can satisfy the same moral foundation, and some groups may be drawn to some values more than others.

This allows for both rigid moral foundations, yet flexibility in the development of cultural norms.

What is interesting about Moral Foundations Theory is that can be applied to a range of issues, mostly notably politics.

Haidt’s research is able to help us discern what moral foundations underpin the values of liberals, conservatives and libertarians.

Search for the Grey Areas

Moral Foundations Theory offers us a starting point to better understand those who disagree with us on certain issues.  It is easy to simply talk past one another, especially in cases when two people have a different set of moral values.  As postdoctoral researcher Kristin Hurst notes,

People on both sides of the political spectrum tend to frame their own issues using the language and arguments that align with the moral convictions of their own group. We can have a hard time recognizing the legitimacy of each other’s moral convictions and, because of that, find it difficult to craft arguments that resonate with people who prioritize a different set of values

While we may not be convinced by another’s argument nor change our mind, at a minimum we can gain insight on which of the 6 moral foundations someone is appealing to.  With this, we can understand how to frame the issue in a way which is more sensitive to the moral concerns of others in order to try and develop a common ground on what is actually being debated.

Each of the political paradigms or ways of seeing the world have both positives and negatives. For instance, there is a tradeoff between promoting individual rights (liberalism) and upholding traditions and social cohesion (conservatism).

Issues arise when we divide others into right or wrong or slip into black and white thinking. Rather than becoming fixated on our differences we can try to work towards searching for the ‘grey areas’, the things we can agree on and search for compromise. 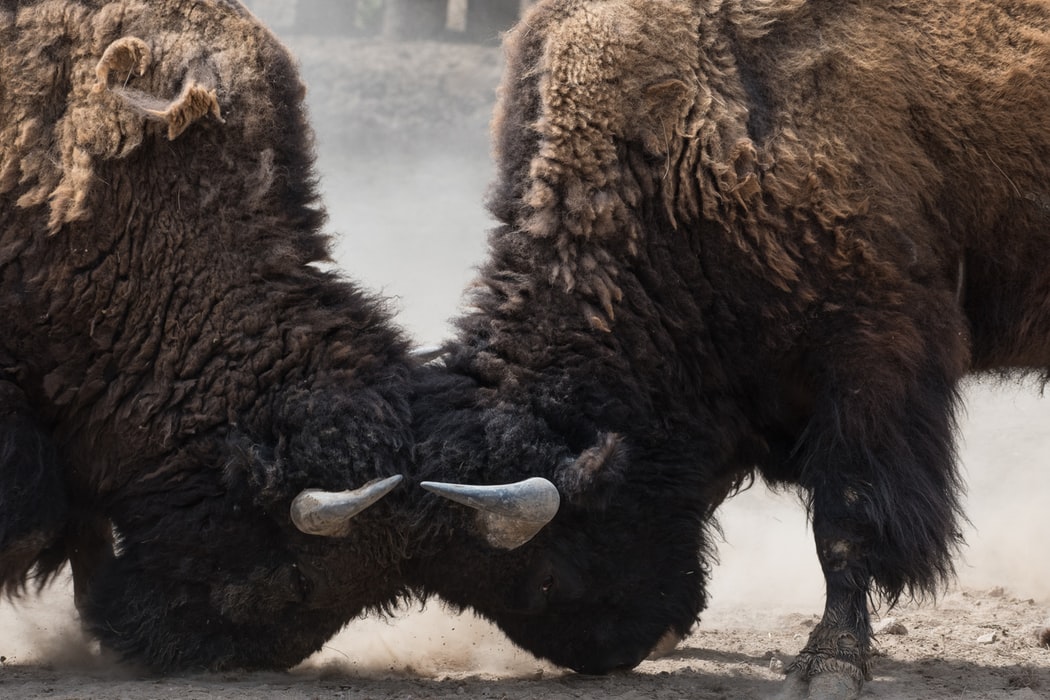 Our current age is one riddled with several apparent contradictions and paradoxes.

Despite access to an almost unlimited flow of information, we are less certain of what is true. Further, we have a more difficult time in discerning fact from fiction, and rarely look to sources outside of our narrow ‘information ecosystems’.

The Enlightenment and the rise of objective scientific inquiry was supposed to rid us of superstition and group think. It promised to place reason at the bedrock of society and ensure that rationality and logic would be the basis for decision making.

So where did we go wrong, and why are we currently faced with so much polarization and division unable to come to a consensus on the most basic of facts?

Rather than exercising our freedom to think independently, we are moving closer and closer towards conformity and dogmatic thinking. As more issues become politicized, society sorts into its respective teams or ideologies insisting that those who don’t agree with us on certain issues are either blindly naïve or ignorant. It is the mentality that you are either with us or against us.

Yet, we are all exhausted by all the outrage and constant bickering of who is right or wrong on contentious issues.

Can’t we all just get along, be kind and give each other a hug (well maybe after the pandemic)?

To look at these issues I want to draw from the work of Jonathan Haidt’s book The Righteous Mind:  Why Good People are Divided over Politics and Religion and other research to look at why we have such a hard time discussing political issues.

This series of articles will focus on the following themes, exploring how:

Hopefully this series will convince you to look critically at your own opinions, and look to others who share different views with a bit more kindness and understanding.